As a University of Alabama volleyball player, Heff helped lead her team to an SEC Western Division title. She holds the school’s record for career attacks, and she was the first two-time All-American in program history. After college, she coached volleyball at the University of Montevallo, and moved on to teach physical education, coach volleyball and basketball to middle school students. 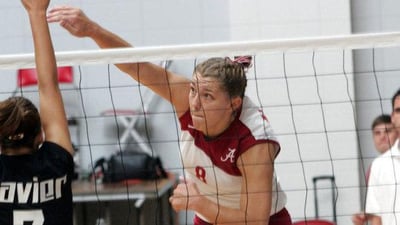 But in February 2014, she succumbed to cervical cancer at age 30. Heff was posthumously chosen as an SEC Legend.

Heff is the inspiration behind Cornholin’ Cancer, an annual cornhole tournament in its 6th year. The event is the brainchild of Heff’s family and friends, including C Spire Business Field Technician Ben Meginniss. Funds raised at the May 4 event will go to the Jimmy V Foundation, which gives 100 percent of its donations to cancer research. 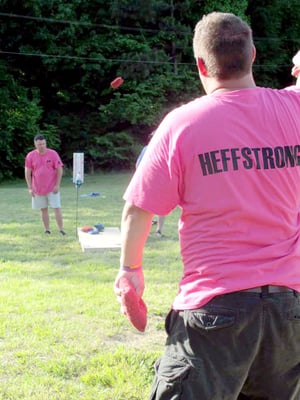 “We wanted to do something to remember our friend and raise money for cancer research,” says Ben. “We were told that if we break even the first year, we would be successful. That wasn’t good enough – not up to Heff’s standards,” Ben says with a smile. “We raised $8,000 the first year! In five years, we’ve brought in more than $50,000 on Heff’s behalf for cancer research.”

Ben anticipates more than 300 will attend this year’s tournament with 60 to 70 teams participating.

The festivities will also include a DJ, bounce house, auction items, door prizes, and lots of food. “Bring your chairs, tents, coolers, grills, or whatever you need to stay a while and toss some bags,” says Ben.

The 6th annual Cornholin Cancer is noon to 8 p.m. Saturday, May 4, at 7416 Elliott Lane, in Leeds, Alabama. Attendance is free.

Video: Watch a drone capture the fun at the 2016 Cornholin’ Cancer.