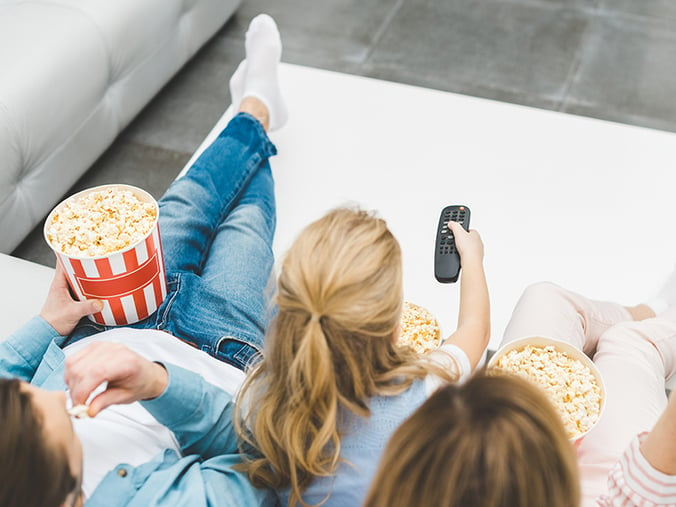 Looking for a way to stay up to date with the latest news, or looking for some new entertainment options for you and your family while you’re stuck at home? There are now several options available to access streaming services for free or as part of a free trial.

Here are our picks for the best free streaming TV apps for you to discover.

XUMO
XUMO is a free streaming TV service that includes more than 180 channels and hundreds of on-demand movies spanning popular genres from classics to documentaries and from sci-fi to family-friendly titles. The live TV channels include news options such as CBS news, NBC News, ABC News, Newsy, Bloomberg, TODAY and more.

Tubi TV
Tubi TV is a free streaming TV service that includes thousands of on-demand episodes and movies with new titles added each week. Tubi TV does not include live streaming of any news channels, but is a great source for free entertainment to keep you and your family occupied during an extended stay away from school or the office.

Acorn TV
Acorn TV is a Brit-centric service that offers mysteries, dramas and comedies from the U.K., as well as from Australia, Canada and Ireland. Right now, you can enter FREE30 at sign-up to get a free 30-day trial. Normally, Acorn TV costs $6 per month or $60 annually.

CBS All Access
Now through through April 23, you can get a free month of CBS All Access, which includes a huge library of CBS shows like “Survivor,” “NCIS,” “CSI” and more, plus well regarded original programming like the new series “Star Trek: Picard.” The service normally costs $6 a month with limited commercials, or $10 for the ad-free version.

HBO
HBO has made a selection of original series available to stream for free for a limited time on the HBO NOW and HBO GO apps, such as “Silicon Valley,” “Six Feet Under,” “The Sopranos,” “True Blood,” “Veep” and “The Wire,” plus documentaries including “The Apollo,” “Elvis Presley: The Searcher” and “McMillion$,” as well as more than a dozen feature films. Learn more here.

Showtime
For a limited time, Showtime is offering a free 30 day trial when you subscribe directly with Showtime via their website. Showtime offers commercial free access to hit series like Homeland, Billions, Shameless and others as well as hundreds of popular movies, documentaries and more. Normally, Showtime costs between $11 per month.

Shudder
Shudder is an on-demand streaming service that focuses on focuses on scary movies from slasher flicks, supernatural/sci-fi movies, thrillers and related TV shows. Plans start at $4.75 per month; normally there’s a seven-day trial period, but use the code to get a full free month.