How to maximize your internet speed 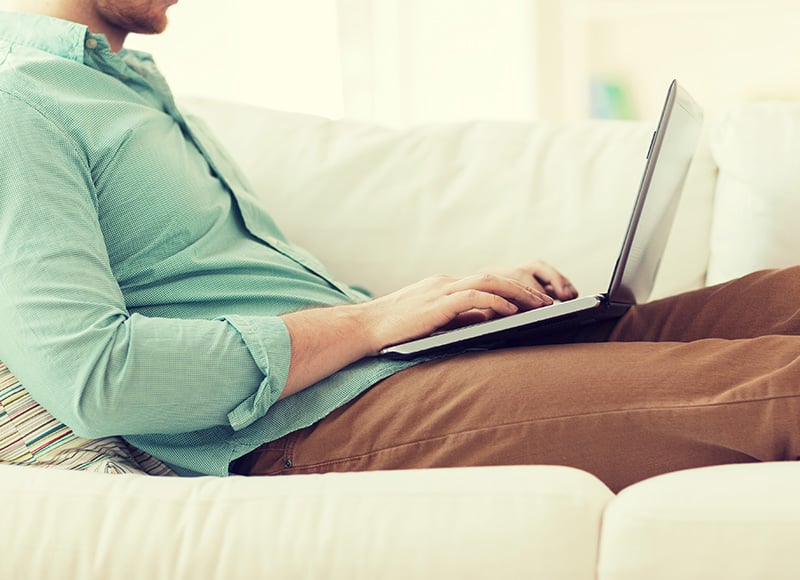 Speed has been an obsession of internet users as far back as the dial-up days of the internet stone age, when 56k modems still roamed the earth. And the quest for ever-faster internet speeds rages on in the fiber era.

Let’s take a second to marvel at technology. Twenty years ago when dial-up was still dominant and DSL was the hot new tech, most users were limited to speeds of 0.056 Mbps. Compare that to today’s U.S. average of 50.2 Mbps—a nearly 90-thousand percent increase. That means downloading a 4 GB movie, which takes about 80 seconds at the current average speed, would have taken almost a full day. Simply incredible.

Even so, we still get antsy about our home internet speed and that irritating buffering wheel when we’re trying to binge our favorite shows. But the solution to consistently faster speeds may be closer at hand than you think. Let’s diagnose some common problems behind slow home internet speeds and learn ways to fix them on your own.

Check your WiFi signal
The first place to look is your WiFi router, the box that carries the internet signal from the source to your devices. While it’s true that some speed will be lost as the signal travels through the air, that’s just the cost of convenience. Distance is the biggest culprit of slow and intermittent speeds from the WiFi router, with obstructions like walls running a close second. The signal weakens over distance and when it has to travel through the home’s structure to get to you.

The fix: Carefully consider where you install your WiFi router. The central-most point of your home is the ideal location and will minimize “dead zones” where the signal can’t reach. Adding signal boosters may help, but an adaptive whole-home WiFi solution like C Spire Smart WiFi will optimize your internet performance by distributing signal where and when it’s needed.

Device interference
The number of wireless devices emitting signals in your home can also impact your internet. This type of interference is often caused by having too many WiFi devices operating on the same channel. We won’t go too deep into frequency spectrums, but it’s helpful to know that channels 1, 6 and 11 are the only channels that do not overlap with other channels, which makes them more reliable and free from interference.

The fix: Experienced and adventurous internet users can find the best channel for their router and change it, although that might be further than some are willing to go on their own.

Bandwidth-hogging devices
Having lots of smart devices connected to the same router at once can cause poor internet performance. Each one of them—from laptops and streaming TV devices down to your smart thermostat—is in constant communication with your router, sending and receiving packets of information, resulting in latency issues when gaming, buffering when streaming and overall slower browsing.

The fix: There are several things you can try. Shut down or set computers to sleep mode when not in use. Make sure none of your streaming TV devices are running when no one’s watching. If none of those help, consider upgrading to a faster internet connection, such as fiber internet.

With any electronic device, a good hard reboot (turning the power off and back on) provides a reset that can solve a surprising number of issues. Before investing time in a more-involved solution, it may serve you well to check your wire connections and reboot the WiFi router.

Did all this talk get you thinking about your home internet speeds? Check your address here to see if C Spire Fiber, which internet speed analyzer Ookla recently verified as the fastest home internet in Mississippi, is available in your neighborhood.