What is fiber internet, and is it really worth it? 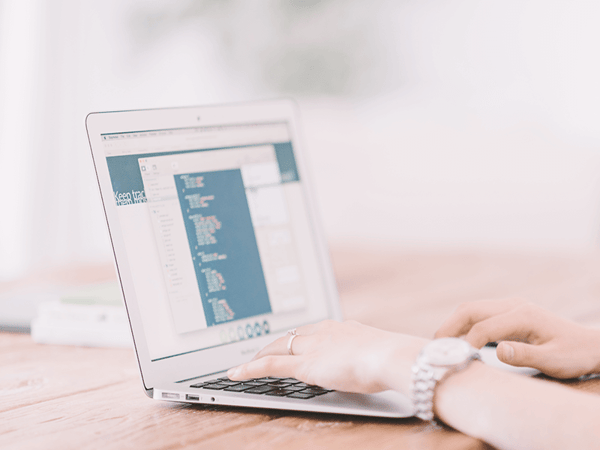 Long, thin strands of pure glass about the size of a human hair are the foundation of the world’s fastest internet, capable of connection speeds of 10 times faster than regular cable. When bundled together, these strands create a cable that allows information to travel through them in a beam of light over long distances.

That information is delivered directly to your home, providing instant internet connection and seamless streaming of movies, music, gaming and more on every device, all at the same time. It may sound too good to be true, but it’s not. Fiber optic internet really does live up to the hype.

Let’s run down what fiber is and how it’s different from traditional internet. 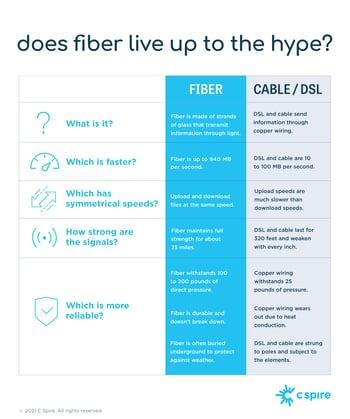 How is fiber so fast?
To answer that, let’s start with why traditional DSL and cable internet are so slow. When you’ve experienced lags as you stream Netflix while your kids are gaming online in the other room, it’s probably because of metal. More specifically, copper metal.

With traditional internet, electricity shot through copper wires deliver the information, or data, needed to game, stream and communicate over the internet. This copper wire was originally intended for transmitting simple voice data over shorter distances, though. It was never meant to carry large amounts of data at high speeds. But that’s exactly what we demand from our internet, and those data packets are only getting larger.

Fiber optic internet, on the other hand, sends information at the speed of light along thin strands of glass. Large amounts of data can travel very quickly, giving us much higher bandwidth. We’re talking Gigabit internet connections with speeds up to 940 megabytes per second (that’s a lot), making fiber 10 times faster than copper wire connections.

What does that mean for your home? The capacity to stream Netflix, play games online, video chat with your friends in Japan, upload photos to Instagram, videoconference with work or school, and much more all at the same time with no lag. (Learn more about that here.)

Is fiber more reliable?
Let’s compare the reliability of traditional internet to fiber optics by looking at three main concerns: electrical and radio interference, signal strength over long distances, and how it’s affected by damage and aging.

As technology has dramatically advanced through the years, so has the need for improved internet capabilities. The home internet industry is answering that demand with fiber. Next, learn how high-speed internet is changing the way we connect with our communities and the world.