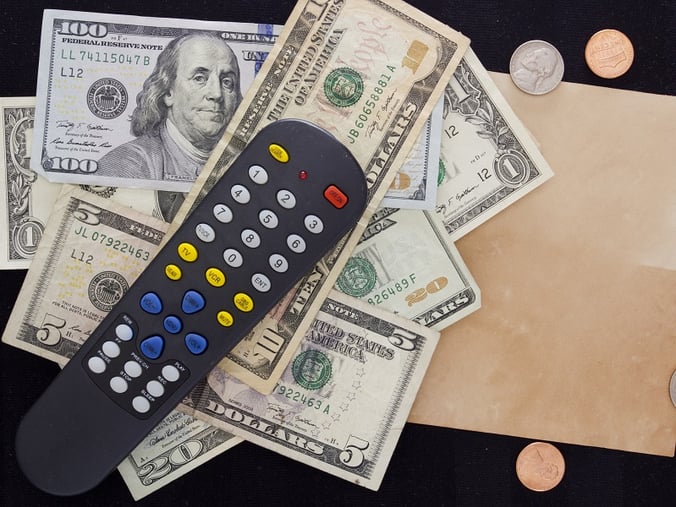 Traditional pay-TV is becoming less affordable and less of a value. On average, cable customers pay around $105 a month for their packages. Since 2000, the average bill has increased 74 percent, even after adjusting for inflation.

Channel packages dictated by network bosses.
Local TV providers are at the bottom of a food chain that begins with the Hollywood studios and networks that create and package the shows you enjoy—and the ones you don’t enjoy. Even though channel packages have ballooned to include hundreds of options, most viewers only watch about 10 percent of them. That figure has remained constant, according to Nielsen.

Television networks bundle these extra channels into packages for local providers to purchase. For example, if C Spire TV wants to provide channel A, then we also have to take channels B, C, D and so on. They also mandate which channels can be grouped, so providers can’t create packages that reflect your interests. In order for the networks to make money from advertising on these channels, they have to prove how many households they reach. Voila. That’s why you subsidize the networks’ earnings on channels you don’t even watch.

Shady broadcaster’s fees that keep rising.
Government regulators haven’t kept up with technology. When Congress waded into the industry by passing the 1992 Cable Act, it gave broadcasters (think ABC, NBC, ABC and FOX) the power to charge providers (like Comcast, AT&T and C Spire TV) “retransmission fees” to carry their networks. You know those extra charges tacked onto your cable bill? Retrans fees.

If you’re scratching your head and asking yourself, “Can’t I get those channels over the air with an antenna for free?” you would be correct. One-hundred percent free. Here’s where it gets interesting. As a provider, C Spire TV and every cable and satellite provider, by law, has to provide them. But every broadcaster has the right to charge whatever they want to give us that privilege.

To many consumers, this looks like a shadowy fee that shows up on their monthly bills. Rest assured, though, it’s not going to your TV provider’s bottom line. Every penny of retrans fees goes back to the stations that charged us for something you could get for free on your own. And they keep growing: Retrans fees are 30 times higher than they were 10 years ago, according to trade and advocacy group ACA Connects.

Networks are given the upper hand in fee negotiations.
Local TV providers get a token seat at the table when it’s time to negotiate rates with these networks. Our goal is to get the best deals for our viewers, both in terms of channels offered and the prices we pay.

But the networks often use these negotiation periods to strong-arm cable and satellite providers into paying higher rates. If we don’t play ball, the networks can block certain channels from appearing in our markets to make us look like the bad guys. They even turn channels black during high-demand TV events like the Super Bowl. Networks know consumers will automatically blame the company that provides the channels rather than those responsible for pushing prices higher and higher.