When I was growing up, the 3Rs served as the educational building blocks for those seeking higher level education on their way to rewarding adulthood careers. Today, STEM, which stands for science, technology, engineering and math, is the word you’ll hear 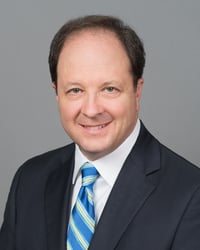 most often when teachers, parents and students discuss imperatives for education and jobs in the 21st century digital economy.

I used carbon paper and white-out when I typed my college essays - so I may be the least likely champion of computer science education.  But if over two decades at the helm of C Spire has taught me anything, it’s that technology waits for no one and changes more often than President Trump’s Twitter feed.

As an upstart in the nascent wireless industry in 1988, our company embraced technology innovation as a pillar of our success. Increasingly, we realized that solid engineering and software development were not only driving our industry, but the rest of the national economy. We have observed that almost every industry has become technology driven and have learned that a tech savvy workforce is a must.

Mississippi has 1056 unfilled computing jobs today. These are high-paying jobs with an average salary over $72,039 a year. That’s over a $76,073,179 opportunity for our state’s economy annually. The demand for technological and computing jobs are estimated to grow at twice the rate of all other U.S. jobs. It’s imperative that Mississippi build a skilled workforce in computer science that can lead the way in today’s digital economy.

How do we get there? It starts with our youth and what they are studying in school right now. With less than 50% of public high schools teaching computer science, C Spire is calling for legislative action now. We are bringing before state leaders a bill that calls for every public K-12 school to provide computer science education. The bill will soon be introduced in the Mississippi House and Senate, where policymakers will vote on it. To keep up with the bill's progress, check out this Legislative Tracker on ourMSfuture.com

Note: Portions of this editorial were originally published in the Northside Sun in 2019.